It all started with a mouse.  This mouse is turning 90 this year and Mickey Mouse has made his impact on society.  To celebrate, what better meal to cook us this week than Walt Disney World Data?  I’ll be challenging myself to

identify influencers on the Parks and Resorts Division’s yearly revenue. 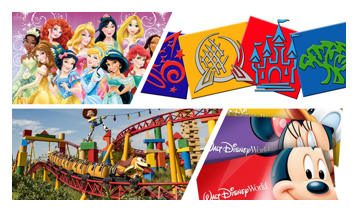 With Mickey Mouse turning 90 years old this year, what better meal to cook us this week than Walt Disney World Data?  I’ll be challenging myself to identify influencers on the Parks and Resorts Division’s yearly revenue.

My first approach was to identify what happens during the year the revenue occurs?

The number of Animated Movies released by Disney

The first run was not an effective model: most of the variability in the data was not accounted for, and there were no independent variables of significance.

So my next approach was how do I capture word of mouth on movies and attractions?  Secondly, how do I incorporate when Disney starts charging admission to children (currently 2 yrs and younger, enter the parks for free)?

To knock out two birds with one stone, I settled on let me test a rolling 3-year average of all behaviors.  The results were very favorable, 67% of the variability is explained and I have interesting independent variables of significance to make a telling data story

If you’re a subscriber to this blog and enjoy the Stacks of Stats, you’ll recognize my preference for Q graphs.

There’s some curls at the tails but most of the data fits well, so there won’t be a need to run a more complex model.

Let’s take a bite into the initial read before accessing the financial impact of all these fun Disney variables.

I’ll caveat this, significance is in the eye of the beholder, and is up to interpretation of the  storyteller and data scientist.  The first read shows the 3-year average of total park attractions having the highest relationship to revenue and inversely the amount of attractions opened at EPCOT has significance but a negative impact on yearly revenue.

I’ll dive more into the individual impacts later, but I want to utilize my upper and lower bounds.

The output of this model shows the impact in millions USD.  Analyzing the cone, this is where our fairy tale begins to take shape.

Potentially the average amount of attractions introduced at the all four major parks can drive in $1.6 million USD.

With the Magic Kingdom driving most of this impact:

New attractions added at the Magic Kingdom can drive in $4.5 million USD.

The average amount of the Disney Princess movies does have more of an impact than factoring Disney releasing an animated movie as the only criteria.  What’s intriguing is the variability of our upper and lower bounds, there is a possibility there could be a loss of $50.6M.

What could be driving the inverse affect?  Multiple reasons:

1.The quality of the movie releases

2.The presence or in this case non-presence of a meet and greet at the theme park

What have learned from diving into the Walt Disney Data?

There’s a reason WDW is investing in new IP based rides at Epcot and Hollywood Studios: they’ve been launching the rides outdated with their audience and they drive the lowest impact currently on yearly revenue.  I anticipate Epcot to see a steady growth on impact when Guardians of the Galaxy and Ratatouille open and a few years have passed. 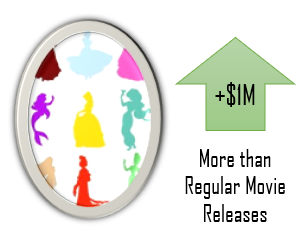 After you have consumed this meal, I hope you take these findings and with Mickey Mouse a Happy 90th Birthday. J  Also as always enjoy the featured pancake recipe below!